We may find our students talking about flat earthism in the next few months. Canada's first Flat Earth International Conference is going to be held in Edmonton this August and that gives us a great opportunity to engage students in a discussion about the use of models in science.
Apparently, Flat Earthers believe that depictions of the earth as a sphere are all part of a massive NASA conspiracy. There has been much mocking hilarity on social media regarding this conference. I am going to avoid the puns and jokes and instead look at how to use their model as a teaching/learning tool. I saw several flat earth models shown on a TV newscast. Some of these models show the Earth similar to a bird's nest, while others indicate the Earth being like a toy top. They tend to place the north pole in the centre and the entire edge is the continent of Antarctica.

While their models are artistic, they do not seem to have any predictive value and involve no mathematics. Let’s compare these flat earth models to the armillary spheres created to represent the universe according to the concepts developed by Aristotle and perfected by Ptolemy. While we no longer accept Ptolemy’s view, it had considerable predictive power at its time. There are examples of astronomers using the math of Ptolemy to make predictions more accurately than what could be obtained by early Copernican models. 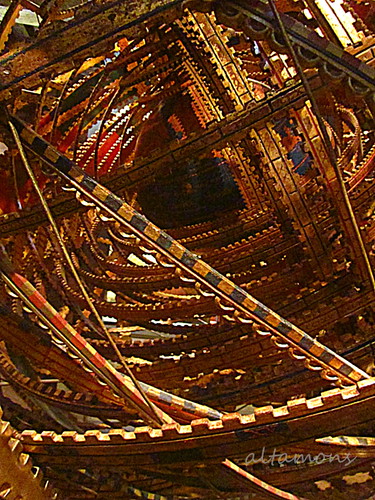 Eratosthenes was a Greek man of learning and the chief librarian at the Library of Alexandria in the third century BCE. We introduce Eratosthenes to our students in science and math classes when we consider using mathematics to calculate the circumference of the Earth. Eratosthenes used the height of the mid-day sun in two locations of known north-south distance apart. His calculations for the circumference of the earth were remarkably accurate.

We use scientific models to understand our world and to make or test predictions. Sometimes models are very small versions of the real thing: think of model airplanes, or model cars, or a world globe. Sometimes models are very large constructions to help our understanding of very tiny things such as model cells, model mitochondria and models of DNA. 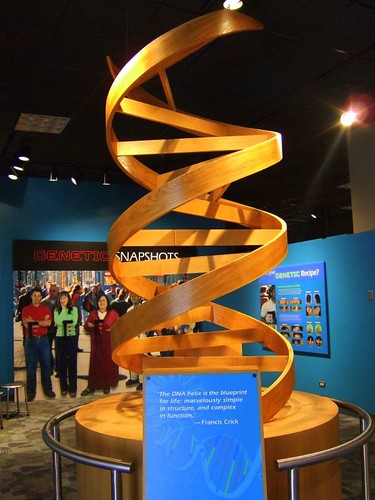 I have discussed the historical development of the DNA model in this blog space many times. The DNA model proposed by Watson and Crick in 1953 had to account for many previous observations and experiments by other scientists. They stated ‘This structure has novel features which are of considerable biological interest.’ The model continues to have predictive power.

It is possible to have more than one model to represent a phenomenon. A model may only be required to relate to one aspect of the question. When I have discussed this with my students, I often point out that the model of the earth we use may change depending on our application. I ask them to consider what happens when someone does a construction project, or even hangs a picture. We might not say that we believe in a flat earth, but when we pull out a level it is certainly at the back of our mind as we begin the project. A flat earth concept works at a small scale. In fact, it is only when building very large bridges like New York’s Verrazano–Narrows Bridge or the Humber Bridge in Yorkshire England that the curvature of the earth needs to be considered. Other large-scale construction projects such as particle accelerators also need to be built in such a way as to take the curvature of the earth into consideration. I wonder what ancient Roman engineers thought when they were building their aqueducts.

I watched the 1990 mocumentary 'In Search of the Edge', a National Film Board film designed to stimulate critical thinking of viewers. This may be a required discussion in an era when YouTube, Facebook and Twitter make it easy for celebrities and non-experts to spread disinformation and attract others to their erroneous ideas. Ironically, this film is now available for viewing on various YouTube channels hosted by Flat Earthers who post it to verify their ideas.

Perhaps now more than ever, science teachers need to design lesson plans to not only examine the curricular concepts, but also to counteract the related misinformation that is so widely available on the internet.